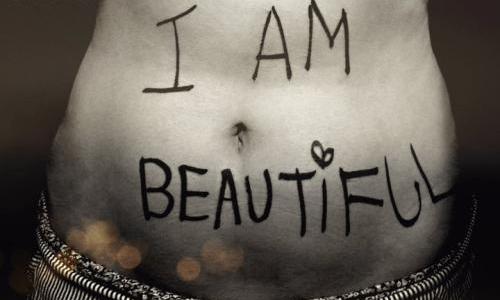 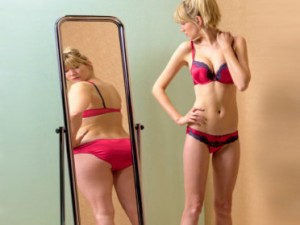 While all athletes in any sports discipline must, to a degree, be conscious of their weights to ensure optimal performance, I believe that athletes in performance-based sports (i.e. gymnastics, figure skating, dance, etc.) face greater pressure to maintain the “ideal” body shape, as these are not just sports- they are art forms, which place much emphasis on aesthetic appeal.

Having been in involved in artistic gymnastics, rhythmic gymnastics, and ballroom dance throughout the course of my life, I’ve experienced firsthand the distorted and destructive thinking many athletes in these disciplines have regarding their bodies, leading them to live dangerously unhealthy lifestyles. 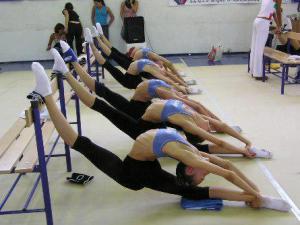 To give you guys a better sense of the paranoia with body image that is so prevalent in performance sports, I will go back to summer of 2011, when I trained with the ZhuHai rhythmic gymnastics team in China.

Each morning before training, all the girls would line up behind an electronic scale to weigh themselves. At the end of the day, after six hours of training, the same ritual would be repeated. The point of this was to ensure that the girls were staying stick-thin and losing enough weight per practice. One time, while we were taking a break mid-practice, the girls started a game to see who had the least number of love-handle “folds” when they bent over to the side. The winner, aka the girl with the least number of fat folds, would be rewarded with pride and envious stares from fellow teammates. While such a game was only for fun, the premise behind it is sick. Sometimes, if the coach saw that a gymnast was gaining weight, she would force the gymnast on a VERY restrictive diet comprised of something along the lines of water, boiled eggs, and veggies. How a person could subsist on such a diet, let alone train intensely for six hours each day, is beyond me. 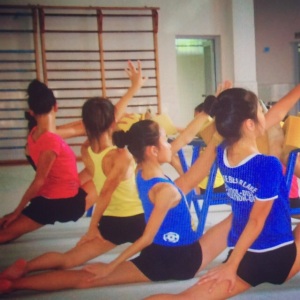 Two years later in summer of 2013, I went back to visit the ZhuHai team. Many of the former girls had been recruited to join more prestigious teams, and only a few familiar faces remained. At this point, you may not be surprised to hear that the remaining girls were the curvier ones, definitely not stick-thin. The “beautiful” girls were gone, doing bigger things with their careers. That is not to say that in rhythmic gymnastics, or in any other performance-based sport in general, only athletes with ideal bodies reach the top. There have been cases in which curvier, short-legged gymnasts have become champions. But such cases are rare. The sad truth is that gymnasts born with the best bodies stand a greater chance of making it to the top.

For the longest time I was a victim of this horrible obsession with body image. During my time as a gymnast, I hated my body. I constantly yearned to be skinnier, to have the “perfect” thin, slender, long-legged figure so characteristic of rhythmic gymnasts.

2012 was the year I became dangerously thin. This was my peak year in rhythmic gymnastics, and so I felt more pressure to look “better” for competitions. You see, the judging system in performance-based sports such as rhythmic are subjective. It is not uncommon for you to see a skinny, long-legged gymnast score higher than a second gymnast who clearly performed better, but is on the chubbier side. I know, messed up right? The minute you step on the carpet, you are presenting yourself to the judges. If you have the perfect body, judges will have a better first impression on you than if you possess a less-than-optimal figure.

My family and I vacationed on a cruise in Europe summer of 2012. I was utterly terrified of gaining weight from the cruise, because HELLO?! it’s a cruise!! I was so determined in my quest to NOT gain a pound during that cruise, that every day of that vacation I went to the gym at opening time, 6 a.m., worked out for a couple hours, then for the rest of the day, barely indulged in the wonderful food Europe had to offer. Every free minute on that vacation, you knew where to find me- THE GYM. I lost three pounds on that cruise trip. 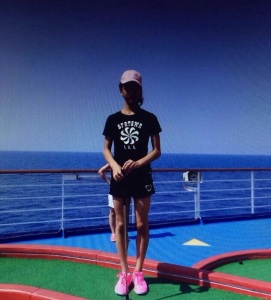 In retrospect, I am shocked that once upon a time, I was so obsessed with something as superficial as body image that I nearly became anorexic.

So where am I now? Although I’ve been out of ballroom for only two weeks, I’ve already noticed a change in the way I view myself. When I look at myself in the mirror, I see a girl with muscular thighs and calves, a curvy butt, and pretty average-length legs. But instead of grimacing, I smile now. I am grateful for the way Heavenly Father made me. Heck, I’m grateful for having four healthy limbs. I am beautiful, and every single girl in this world, fat, thin, short, tall, black, white, WHATEVER. should know that she is beautiful.

“There is nothing more rare, nor more beautiful, than a woman being unapologetically herself; comfortable in her perfect imperfection. To me, that is the true essence of beauty.”